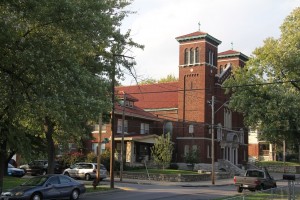 Tim & Janet Johns, the founders and leaders of the Rock International “Tribe”, have had a long history of church planting, pastoral leadership, and business entrepreneurship. Since the mid 1970’s, God has been training them to serve as apostolic leaders for church-planting movements.

In the later 1990’s, a new church planted by Tim & Janet Johns began doing compassion ministries, outreaches, and micro-church planting (some call Missional Communities or House Churches) in the inner-city of Kansas City, Missouri. Because of Rock Tribe’s ultimate calling to youth, poor, and nations, they started a church-planting missions base in the urban core of KC, where the largest international population had resettled.

On September 19, 1999, the Rock International “Tribe” was officially commissioned at the International House of Prayer in Kansas City, MO.   It was established to be a Christ-centered, church-planting, kingdom-advancing family of churches (“tribe”), empowered by the Holy Spirit and animated by Father’s love through Jesus.

To serve it’s vision to plant churches in every nation, the Rock Tribe acquired all the inner-city properties that had once been owned by the Roman Catholic Diocese (convent, rectory, church building, parochial school). The offices and ministries were relocated to the inner-city of Kansas City, MO in 2000.

In the Fall of 2000, Rock International established Rock Solid Urban Impact, a not-for-profit urban development corporation, in order to facilitate social transformation on a practical level and to help train at-risk urban youth in life skills. Rock Solid Urban Impact later bought the parochial school connected to the other inner-city church buildings, to be used for outreach and training. With a conviction that the kingdom of God is all-encompassing and the market place is a key setting for making disciples of Christ, Rock Solid Urban Impact has helped to launch Kingdom businesses and the “Urban Farming Guys”. Click here for  more info on the Urban Farming Guys.

Click here for a front page article from the Kansas City Star reporting the work of Rock Solid Urban Impact in Kansas City.

Another article from “The Pitch” describing the work of Rock International Tribe.

On June 6, 2006 about 75 of us met together to reaffirm our commitment to expanding God’s glory and kingdom in the nations, and our inheritance as sons and daughters of God. We are blessed to be a blessing to all peoples of the earth!

During the dedication, massive clouds formed from the East and began moving west back towards! This is not a normal weather pattern in the Midwest.  One cloud became the back drop behind the Discipleship House, and the other became the back drop over the Rock Celebration Center, Church House, and Training Center.  They appeared to us as glory clouds, and as a confirming natural sign of God’s love, blessing, and endorsement for His glory and kingdom-expanding mandate in the nations.

A few days later we held a strategic gathering with leaders from the USA and the nations to better prepare ourselves as a missionary movement.  God met us powerfully!  We glorify you Lord… in the nations!!!!

The Rock Tribe embraced the Biblical strategy of sharing the gospel and making disciples relationally through small Missional Kingdom Families (house churches, micro-churches, missional communities). Missional Kingdom Families and local churches have been started, or adopted, and multiplied in seven states within the USA. The Rock Tribe has also developed other ministry strategies to help foster the expansion of God’s kingdom such as: Houses of Prayer, Discipleship Training Schools, Leadership Training Schools, and strategic family gatherings like the Rock Tribal Gathering. We are also connected in heart with Solid Rock Outdoor Ministry based in Laramie, WY, where we have planted the Rock Laramie church family. (www.srom.org)

Our vision:  1.) plant church-planting churches that make disciples who make disciples, 2.) equip apostolically and prophetically gifted leaders for church-planting and missions around the world, 3.) act as a catalyst which ignites the revival and restoration of the Church, 4.) make disciples and equip leaders who can advance the kingdom of God in every sphere of life (marriage & family, market place, education, media, arts, social and civil services, etc).